Buki Rinkevich is a professor at the National Institute of Oceanography, Haifa, Israel, working on developmental biology and immunology of marine invertebrates, tissue cultures from marine organisms, further studying unicellular marine organisms, the thraustochytrids, marine protists that produce large quantities of PUFA, docosahexaenoic acid (DHA), squalene and carotenoids. The thraustochytrids have been further explored as new source materials for biofuels and for lipid biofactories, two emerging fields of industrial biotechnology. He was awarded with STSM period at the Comprehensive Pneumology Center at Helmholtz Center Munich for performing metabolomics on thraustochytrids maintained under various media conditions.

Thraustochytrids were collected aseptically from laboratory stocks of the colonial tunicate Botryllus schlosseri (Fig. 1), collected from Helgoland island, Germany, and maintained in standing seawater aquaria system. The blood vessels of each colony were punctured under aseptic conditions (Fig. 1 arrow) and the circulating blood cells were collected into 15-ml tubes with large volumes (~5 ml) of washing solution, and were cultured (Fig. 2). Thraustochytrids appeared in few days and for their confirmation, cultures were sampled and cells were stained with fluorescent dye Hoechst 33342 for nuclei staining. Thraustochytrid cultures were maintained in a liquid growth medium. At onset (day 0), heterogeneous cell populations were obtained, revealing B. schlosseri and clearly visible thraustochytrid cells growing side by side in suspension with Botryllus cells, followed by an increase in thraustochytrid cell numbers by 24 h from onset. At 8 d from onset, thraustochytrid cells dominated the cultures (Fig. 3), leaving debris of dead B. schlosseri cells.

Axenic cultures of thraustochytrid cells were established after 8 days. These cultures were split into 3 different media and will be passaged and sampled on a weekly basis, while the medium will be replaced every other day. The work is continued by a collaborating PhD student. Two sets of thraustochytrid samples (at the end of P1 and P2) were already collected and freezed, waiting for the continues collections. All samples will be transferred to the metabolomics center at Helmholtz Zentrum Muenchen for analyses. 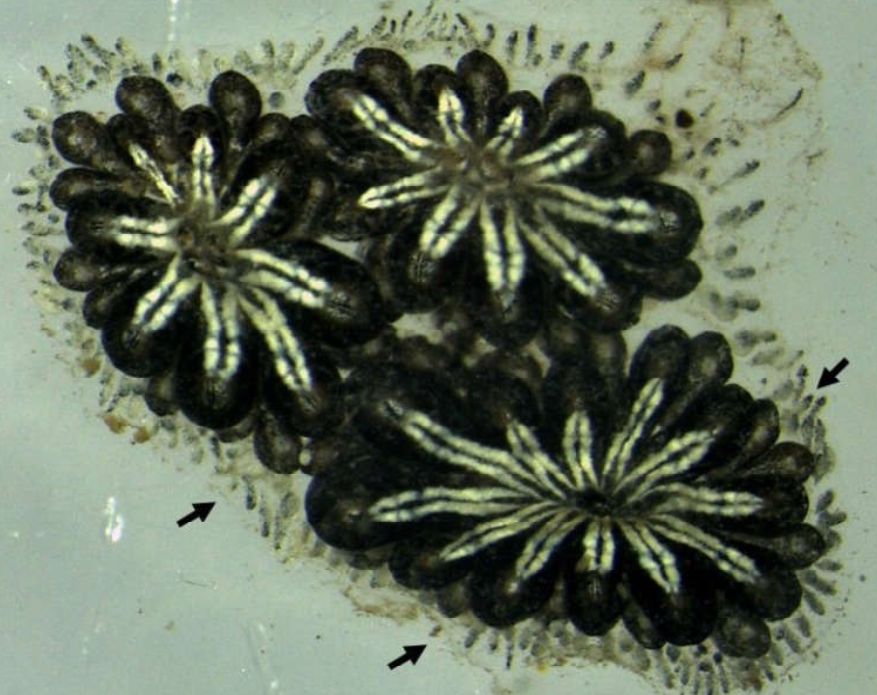 Fig. 1 A colony used in the experiment 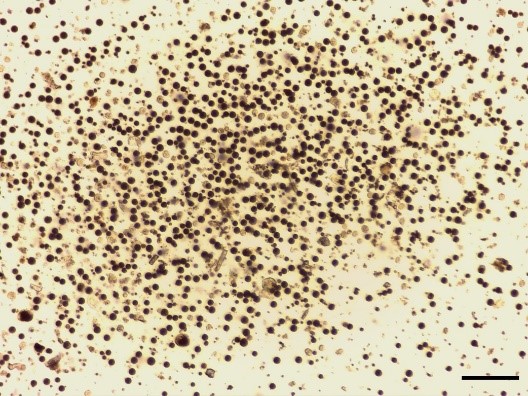 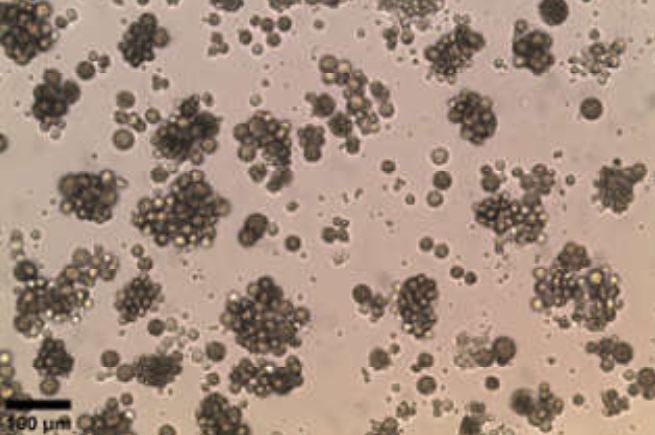 COST (European Cooperation in Science and Technology) is a funding agency for research and innovation networks. Our Actions help connect research initiatives across Europe and enable scientists to grow their ideas by sharing them with their peers. This boosts their research, career and innovation.